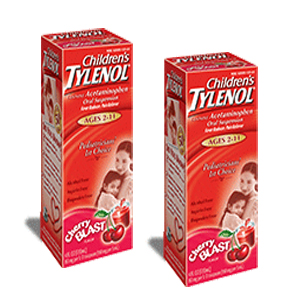 Included in the reports were 30 deaths, nearly all of which were found to not be tied to McNeil's recall of Tylenol, Motrin and Benadryl drugs from Jan. 1, 2008 through April 30, 2010, according to another source close to the investigation.

The FDA is also investigating reports of several hundred serious side effects -- or "adverse events" -- and seven deaths since May 1, when McNeil recalled  50 children's versions of these non-prescription medicines because of serious quality and safety concerns.

Committee on Oversight and Government Reform
The Full Committee
Date: Thursday, May 27, 2010 At 10:00 AM

On Thursday, May 27, 2010, The House Committee on Oversight and Government Reform will hold a hearing to examine the recall of popular pediatric medicines recalled by Johnson & Johnson subsidiary McNeil Pharmaceuticals. The hearing entitled "Johnson & Johnson's Recall of Children's Tylenol and Other Medicines" will take place at 10:00 a.m. in room 2154 Rayburn House Office Building.

The FDA received more than 700 complaints related to use of the medications from January 2008 to April 2010. In late April, J&J recalled over 40 nonprescription products, which is referred to as the largest recall of such children's medications by the congressional staff.

The recall didn't stop the complaints. Serearl hundred more came in, together with seven death reports, according to the memo.

This is the company's third recall in the past year, which triggered a flurry of criticism from congressmen. They will question company management at a hearing Thursday.

FDA is investigating whether the problems are linked to flaws in J&J products, including infant Tylenol, Benadryl and Motrin.

New detail on problems uncovered at J&J's Fort Washington, Penn. plant is expected to be provided by FDA deputy commissioner Joshua Sharfstein, who is scheduled to testify.

McNeil Consumer Healthcare released a description of its plans to assess and address quality issues which precipitated the recent recall of certain McNeil infants’ and children’s liquid medicines and the suspension of production at the Fort Washington PA manufacturing facility on
April 30.

Last Friday, McNeil submitted materials to the U. S. Food & Drug Administration which outlined its actions and plans to help ensure quality moving forward, and address the FDA’s observations at the plant.

And Thursday, Colleen Goggins, Worldwide Chairman, Consumer Group will represent Johnson & Johnson before the U. S. House of Representatives Oversight and Government Reform Committee, which has called a hearing on the recall. The following is the description of McNeil’s plans:

McNeil retained an independent third-party expert to assist the Fort Washington facility in identifying immediate, interim, and long-term corrective actions that it needs to take. The third-party expert is a pharmaceutical consulting firm that has expertise in manufacturing and quality systems methodologies and practices.

McNeil is improving processes and employee training in every part of the manufacturing and quality operations, and deploying new procedures and processes for the conduct of quality investigations.

McNeil has also made significant organizational changes in order to augment the quality and operations leadership on the management team and in all McNeil facilities.

McNeil and its outside consultant are in the process of developing a comprehensive action plan on quality improvements, which McNeil will share with the FDA by July 15.